Happily Ever After Collection 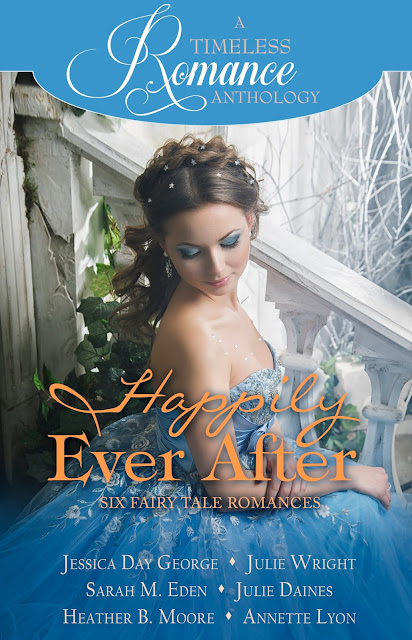 MAIL-ORDER PRINCESS by Jessica Day George: Elise flees her small kingdom and arrives in the New World with only her two trunks and seven swans—her seven brothers to be exact. But Elise will do anything to get her brothers away from their cruel stepmother’s curse, even if it means accepting the long-distance marriage proposal to a former count turned farmer.

THE MILLER’S DAUGHTER by Julie Wright: When Isa meets Thomas Rumple, she is quickly infatuated with his good looks and natural charm, until she learns his true identity. Due to a wild claim by her insufferable father, Isa’s life is threatened by the king if she can’t spin a room full of straw into gold, and Thomas may be the only one who can save her.

THE PEBBLED PATH by Sarah M. Eden: Deep in the heart of a mysterious forest, Gretel trades her freedom to save her beloved father from the spell of an evil enchantress. Even attempting to escape would cost her father his life. Gretel’s determination to fulfill her promise wavers when she meets Hansel, a young man who captures her heart. For, she loves him too dearly to put his life in danger, and he loves her too much to simply leave her to her fate.

BLACK FERN by Julie Daines: Rós is desperate to find work in order to care for her ailing father and younger sisters. She applies to the mysterious owner of a crumbling castle and is soon swept up in dark secrets. Unsure if the owner of the castle is man or beast, Rós determines to help him at all cost. She soon discovers that the cost may be too great, even for her.

SCARLET by Heather B. Moore: When Scarlet needs to fetch a healing tonic on the night when the wolves are at their most dangerous, she has no choice but to apply to her nemesis, August, for help. He agrees to help her, but they encounter a pack of wolves that put up a fierce fight, marking Scarlet as their newly targeted prey.

SO RARE A POWER by Annette Lyon: Stella knows she’s taking a risk each time she meets Patrick in the rose garden that they’ve cultivated together. And no matter how much her mother will disapprove of their relationship, Stella can’t deny her feelings for him. When the Snow Queen steals away Patrick to drain him of his powers of creating beauty and life, Stella must decide what she’s willing to risk to rescue him.